How to strengthen your willpower & make long-term health changes 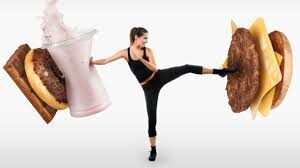 Have you ever felt frustrated at your inability to stick to a new habit – from eating well, having a consistent exercise routine or getting to bed at a good hour? You start out well, but about six weeks in your motivation wanes, you start to procrastinate, and older less desirable habits kick back in. What can you do to set up good habits and bring about long-term health and wellness change? This blog taps into the neuroscience of habits and looks at ways to improve your willpower to create a shift in creating new improved behaviours for life.

Your habits are hardwired into your brain

Every day, as we go about our lives, our brain is activated, and there are thousands of electromagnetic signals and impulses that process and control what we do. As we repeat patterns, we reinforce and strengthen the neural pathways. Researchers at Duke University found that approximately 45% of what we do daily is a habit. A habit is a behaviour we once decided to do and then learn, but eventually stopped thinking about consciously, and instead continued the behaviour automatically. The three parts of the brain that are involved in the creation and execution of habit are:

When habit behaviour occurs, the neurological studies show that the decision-making process powers down. For most of the day we are largely on autopilot, rather than in decision-making mode. This is important as the ‘powering down’ eases pressure and stress on the nervous system, saves physical, mental and emotional energy, and frees up our brains for thinking about other things, as well as freeing up space for willpower. 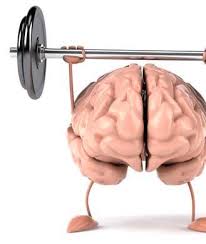 Willpower is a muscle

If you think of willpower like a muscle, it is easy to see that it can fatigue with excessive use. It seems we can only exert strong willpower on three to four things a day, after which time it becomes difficult to apply. Essentially, if you use willpower all day, your resolve to make change (which requires willpower) becomes diminished. You may be able to relate to this. You wake in the morning and declare to yourself that you are going to/or not to [insert behaviour] (e.g. go for a run this afternoon, not have that afternoon coffee, not drink today) and all seems well. However, you get to the end of your workday, and you’ve not followed through on your resolve that seemed so strong in the morning. Instead, your workday used up all your willpower, and it was easier to fall back on the old habit. “I’ll do it tomorrow” you decide.

How can we make changes both required and desired?

Like a muscle, willpower can be strengthened with practice. Perhaps most importantly, it is worth noting that willpower is stronger in the morning. Understanding this (and the components of habit formation) can be used to strengthen willpower; helping replace undesirable habits with more beneficial habits, as well as to help create new positive habits.

All habits have three components

Most of the time when we think about habits, we only think about the habit ‘behaviour’. However, there are three components to every habit:

These three components are neurologically wired into our brain, so it can be very hard to stop or change a habit. Unless we can address all three in our success strategy 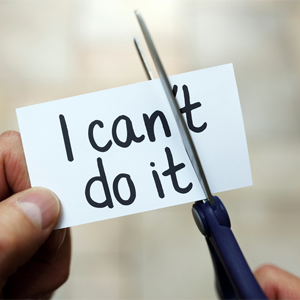 All cues fall into one of five categories: 1. a certain time,
2. a certain place,
3. the presence of a person or people, 4. a preceding action, or
5. an emotion.
So, to start a new habit, you need to establish a cue or a combination of cues. You need to ritualise the beginning of the cue, so the habit-forming neurological paths to become established. This part requires an initial decision to be made.

Some examples to consider:

We have a lot of these cues already, so it’s just a matter of tuning into the cues and identifying them. It could be when you walk in the front door, when you wake in the morning, are feeling anxious, or after doing the groceries. Once we identify a cue we can utilise, the next step is to pre-form the new habit (or change of habit).

Making a deliberate procedure for carrying out the new habit is important. The more deliberate and exact we are the better. For example, you could write down the steps required. Journaling has been found to be useful in setting up and sustaining new habits, according to Charles Duhigg in his book The Power of Habit. The journaling process should also include a pre-planned solution to possible barriers to success; so, when these appear, willpower is not required to find the best solution. The decision has already been made.

Additionally, if a new task seems hard or complicated, it will require more willpower and may be harder to start. To get around this, begin with small changes only. For example, instead of making radical diet changes, start with breakfast. Once the desired eating pattern is achieved, include lunch and later, dinner.

Most habits occur through repetition but can be accelerated by the power of the reward. In some respects, the reward is the most important part. If you love chocolate, setting up a chocolate eating habit is going to be a lot easier and quicker to establish than setting up a morning running habit. According to Duhigg, studies have shown that to start an exercise habit; the easiest way is to give yourself a piece of chocolate after your workout. Eventually, the reward of chocolate, an extrinsic reward, will be able to be replaced by the intrinsic reward of feeling fitter, stronger and having improved self-confidence.

As habits are neurologically wired in – it is very hard to stop ‘bad habits’. However, you can replace the bad habit with a good one, effectively writing over the top of the old habit. Start by looking at the three components of the habit (a cue, the behaviour and a reward) and analyse these. Identify the cues and the reward, then shoehorn the new behaviour in to replace the old one; keeping the same cues with the same, or similar, reward. Remember the cue triggers the initiation of the behaviour, and the reward is the reason for the behaviour. An example of this process would be, at the end of the day as soon as getting home (cue) and having wine or two, (bad habit) to unwind for the day (reward), replace the wine with a short run.

To identify a person’s keystone habits, we need to discover your values and provide a platform for change that is in line with these core values. The nice thing about establishing keystone habits is that it offers an opportunity for small wins, and small wins help instil belief. Small wins provide evidence that you/your patients are on the right path. These small wins then become rewards, helping reinforce ongoing beneficial, healthy habits.

Habitualise to spare your willpower

Angela Duckworth, in her book Grit, writes that the people who achieve more don’t have more willpower per se, they have simply habitualised a lot of what they do. Being aware of what you need willpower for and what your habits are, allows you to get more out of life. Simply, the more you habitualise in your life, the more energy you have left for where you need to exert willpower to create positive life behaviours.

Metagenics (2018) The Power of Habits for Improving Willpower.