Are Stealth infections the cause of your ill health: from chronic fatigue to weight gain

More and more evidence-based research is recognising that stealth pathogens are associated with fibromyalgia, chronic fatigue, autoimmune conditions from rheumatoid arthritis and thyroid disease to diabetes and irritable bowel disease not to mention weight gain, stress and more. Find out if a chronic stealth pathogen infection is the hidden culprit behind your ill health.

This article provides the ins and outs of the world of microbes, why some bacteria and viruses, and other microorganisms, stealth pathogens can adapt to avoid (and hide) from our immune system (as well as our detection through blood or swab samples) and what we can do to treat them.

Any pathogenic micro-organism employing strategies to persist in the body by hiding from, evading, misdirecting or even suppressing immune response, leading to chronic disease or lack of well being.’ Kerry Bone

Microbes rule the world. They always have, and they always will. Microbes are tiny, single-cell organisms that include germs, bacteria, and viruses. They far outnumber humans and they will still be here long after we are gone.

The spectrum of potentially harmful microbes is broad; microbes play a major role in virtually all disease processes—ranging from infectious diseases such as the plague and smallpox, to chronic conditions like autoimmune diseases, chronic fatigue and fibromyalgia

Microbes can be divided into two broad groups: normal flora (friendly bacteria) and pathogens (harmful microbes). Microbes cannot be defined in terms of bad or good; they simply need resources for survival. How they get those resources is what matters.

Normal flora, the friendly bacteria that inhabit your gut and skin, have developed a symbiotic relationship with you; they get what they need without causing harm. In many cases, they actually provide benefit by inhibiting the growth of other potential pathogens or by breaking down substances in the gut to provide essential nutrients.

Pathogens are disease-causing microbes. Under the right circumstances, even normal flora can cross the line and become a pathogen. For example, E. coli (a normal gut flora) commonly causes urinary tract infections and can become a toxin-producing gut pathogen. And an open wound is an invitation for a staph infection. 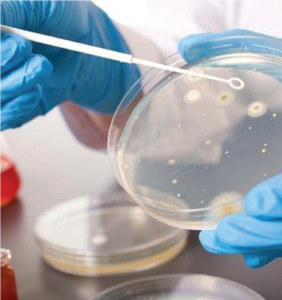 Virulence determines a pathogen’s ability to infect and cause disease. The most virulent pathogens take an aggressive break-down-the-door approach, taking the resources, they need and causing significant harm in the process. They are uninvited and must get through the barriers of the immune system to get what they want.

Virulent pathogens are easily identified by the diseases they cause (strep throat, pneumonia, malaria, polio, smallpox, yellow fever, influenza, AIDS, etc.). They can be lethal, but their virulence is often their Achilles’ heel.

Because they are so visible, modern science has had significant success in defining them and creating tools that work against them—modern sanitation, antibiotics, and vaccines have dramatically reduced the threat of the most virulent microbes.

That said, high-virulence microbes are not the ones we worry about with fibromyalgia and other chronic conditions.

Just possibly the most successful microbes are not the most virulent. Success in the microbe world is defined by the ability to propagate and flourish. Killing or severely disabling the host can be counterproductive. A stealthy approach offers great advantage. Persistence instead of virulence is how they win. Collectively, these microbes can be referred to as low-virulence pathogens.

Most everyone on the planet is frequently exposed to low-virulence pathogens, almost daily. Many of those pathogens never gain access beyond the initial barriers of the immune system and are hardly noticed.

Some, however, do get a foot in the door, and a tug-of-war ensues between the microbe and the host’s immune system until the microbe is disposed of properly. A common example of this is how mycoplasma pneumoniae bypasses the immune system and contributes to fibromyalgia.

During an acute infection with one of these pathogens, the degree and nature of symptoms depends on the type of microbe, the site of initial infection, and the reaction of the immune system to the microbe(s). Multi-microbial infections are not only possible but common; low-virulence pathogens tend to work together.

If the immune system is compromised from the start or the microbe is stealthy enough, the gateway is left open for chronic infection (and chronic disease) to occur.

Considering that much of the population lives in a state of immune compromise (high stress, lots of processed foods, poor sleep, etc.), associating pathogens of low virulence to chronic disease (and certainly fibromyalgia) is not a challenge.

Stealth pathogens are at the heart of many chronic health conditions. Infection with a pathogen (bacteria, protozoa, mycoplasma, helminth or virus) can be vector-borne (mosquito, tick, sandfly, etc), airborne or transmitted through fluids (water, food, body fluids etc). Once a stealth pathogen has invaded the host it uses strategies to evade the immune system including molecular mimicry and forming biofilms. Not all individuals will develop a chronic condition or illness after infection with a pathogen. Ability to overcome an infection is related to constitution, health at the time of infection, length of time before treatment is sought and genetic predispositions. 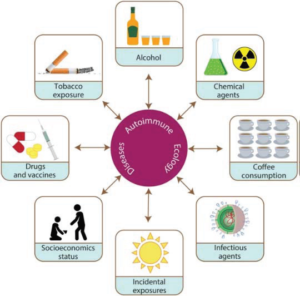 Chronic fatigue syndrome (CFS) and fibromyalgia share a significant cross-over with symptoms, however CFS is dominated by fatigue with brain fog. Pain and immune dysfunction are usually secondary presentations.

Which pathogen is often the culprit

Examples of stealth pathogens include: Bartonella, Babesia, Borrelia, Parvovirus, Mycoplasma, Helicobacter pylori, Epstein-Barr Virus, Helminths such as hookworms and others

Epstein-Barr virus, frequently referred to as EBV, is a member of the herpes virus family and one of the most common human viruses. The virus occurs worldwide, and up to 95% of adults between 35 and 40 years of age have been infected with it. Infants become susceptible to EBV as soon as maternal antibody protection (present at birth) disappears. Many children become infected with EBV, although usually have no symptoms or are indistinguishable from other mild, brief illnesses of childhood. However, when EBV infection occurs during adolescence or young adulthood, it causes the more serious infectious mononucleosis, or glandular fever, in 35% to 50% of cases. Mononucleosis is characterised by swollen glands, fever, and commonly spleen enlargement, and profound fatigue that may continue for months or longer.

Chronic Lyme
It is thought that Lyme disease is rare or nn- existent in NZ however, some doctors and mcrobiologists disagree. Lyme disease is caused by a tick-borne bacterium. Borrelia burgdorferi is the microbial organism most commonly associated with Lyme disease, however, other Borrelia species can cause both Lyme and other tick-borne illnesses. In the acute stage, Borellia infection and Lyme disease cause fatigue, fever, sweats, rash, swollen glands, headaches and joint pain. Chronic Lyme disease patients can present with a range of symptoms including fatigue, neurological symptoms (e.g. nerve pain, tingling and numbness), musculoskeletal pain or stiffness and symptom pictures that may mimic a range of autoimmune conditions. Many patients suffer from severe and often debilitating symptoms that greatly impair their quality of life. Acute Lyme disease, and its associated flu-like symptoms, usually respond well to short-term antibiotic treatment. However, up to 60% of Lyme patients develop a range of chronic nonspecific symptoms including chronic fatigue, muscle and/or joint pain, neuropathies, and cognitive dysfunction, known as post-treatment Lyme disease syndrome (PTLDS).

How can we treat Stealth Pathogens?

Stealth infections can affect multiple body systems and it is common for symptoms to ‘move’. For example, joint pain may be the predominant symptom, then it changes to neuralgia and fatigue, then extreme irritability, insomnia and/or depression. Hence, treatment strategies need to have a multipronged approach and are chosen based on the individual and their symptoms. Core strategies utilise dietary modification, herbal medicines, nutrients and lifestyle changes.

Key factors to address in treatment include:

Following are examples of treatments used: 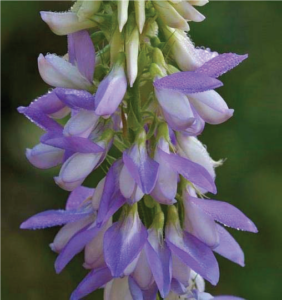 Please note Sheena Hendon is a qualified nutritionist, naturopath and medical herbalist. Please contact  her for an individually prescribed herbal medicines and plan.