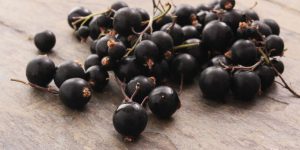 With the growth in an ageing population comes a rising number of brain health conditions. And with over 50,000 Kiwis recorded as living with dementia – two thirds of those with Alzheimer’s, and approximately 1 in 500 New Zealanders with Parkinson’s – more research is paramount.

Newly published New Zealand research is creating waves internationally by illustrating that the New Zealand-bred Blackadder blackcurrant variety not only increased reaction time while maintaining accuracy, but has the potential to help maintain brain health during natural ageing.

This article explores the many health benefits attributed to blackcurrants, their potential role in improving brain function conditions and how Barker’s of Geraldine, has managed to bring the “BLACKADDER” to supermarkets nationwide.

According to Alzheimer’s New Zealand over 50,000 Kiwis are recorded as living with dementia and these numbers are on the rise.

Recent estimates from the organisation, showed the number of people living with dementia was set to triple by 2050, with over 2.6% of the population with the condition (59% female and 41% male). However, the World Alzheimer Report, 2011 revealed that in countries like New Zealand, only 60% of cases are documented. This means that there is potentially a further 40% of people with dementia in New Zealand that have not yet been diagnosed.

The most common form of dementia, an umbrella term used to describe a group of conditions that affect how well our brains work, is Alzheimer’s disease – which around two-thirds of people with dementia have. It can affect anyone, and as people get older the chances of developing dementia increase. The symptoms each person experiences depends on the parts of the brain that are affected. However, the most common dementia symptoms include changes in memory, thinking, behaviour, personality and emotions.

Another neural disease which is relatively common is Parkinson’s. It is a progressive, degenerative disorder of the brain; symptoms include tremors, stiffness and rigidity, and slowness of movement (bradykinesia). It is caused by insufficient quantities of dopamine – a chemical in the brain which enables quick, well-coordinated movement. When dopamine levels fall, movements become slow and awkward.

According to Parkinson’s New Zealand, approximately 1 in 500 Kiwis have the condition, and like dementia becomes more common with older age groups. It is believed 1% of people above the age of 60 have Parkinson’s.

The consequences of both dementia and Parkinson’s are significant, affecting both those with the condition and the caregivers. Alzheimer’s NZ say that two out of three New Zealander’s will be affected by dementia at some time in their life.

The diseases take their toll on everyone – both emotionally and financially, and so research into prevention and treatment is paramount.

Blackcurrants have been known as a superfood with benefits for centuries. For generations, mothers have regarded blackcurrants as a trusted natural source of nourishment for their families and traditional healers used them for a broad range of ailments and winter malady’s. But it’s only in recent decades that scientists have caught up and begun to seriously investigate the healing and protective powers of this remarkable humble fruit.

Ongoing research programmes in New Zealand and around the world continue to explore how and why blackcurrants may be beneficial in so many areas of health and wellness.  The value of vitamin C is already well understood to contribute to reduction of tiredness, normal immune and psychological and neurological function, protection from free radical damage and more.

But as yet, science is not in a position to make other definitive claims about the phenolics, including the deep red anthocyanins which are thought to be responsible for many of these protective powers. This will take more clinical trials and the compilation of material evidence to substantiate approved health claims.  However, enough is understood about the general nutritional properties to know that blackcurrants really do deliver a daily serve of goodness.

Blackcurrants contain a wide range of natural antioxidants including high doses of vitamin C – about four times more vitamin C than oranges and 16 times more than blueberries. In addition they also have high concentrations of polyphenols, particularly anthocyanins. These compounds give the berries their gorgeous deep purple colour and potentially many beneficial health properties.

Encouraged by the scientific findings to date further possible health benefits related to anthocyanins and other phenolics are now being investigated, including cancer prevention, control of diabetes, antimicrobial effects, retarding of the effects of ageing and disease, prevention of memory loss and motor skills.

The combination of New Zealand’s pristine environment, unpolluted air, ultraviolet light intensity, and specially bred varieties results in our berries having some of the highest anthocyanin concentrations in the world.

And since most blackcurrants are consumed in drinks, it’s important that the total quantity of phenolics in Blackcurrants do not reduce during pressing, bottling or storage but it is recommended that you refrigerate bottles to stabilise the red anthocyanins.

The research is the first to look at the effects of berry consumption on the cognitive performance of healthy young adults. Their previous research has suggested that compounds found in certain berry fruits may act like monoamine oxidase inhibitors, similar to a class of pharmaceuticals commonly used in the treatment of both mood disorders and neurodegenerative diseases like Parkinson’s.

This research suggests that when a daily dose of 140 ml of New Zealand-grown BLACKADDER blackcurrant juice was taken, the mental performance indicator of reaction time improved, and the activity of monoamine oxidases (MAO’s) was reduced.

Plant & Food Research scientists were specifically looking for things that inhibit MAO’s which are enzymes that break down important neurotransmitters such as serotonin, dopamine and noradrenalin, and create hydrogen peroxide which are bad for your brain.

Neurotransmitters are chemicals released by our brain that send specific messages that influence our brain and/or our body. Serotonin, norepinephrine, and dopamine exert great influence over our impulse control, mood, appetite, cravings, anxiety, motivation, focus, pleasure and ability to emotionally manage stress. Dopamine is also involved in quick, well-coordinated movement. Conditions such as Parkinson’s has been attributed to low dopamine levels, and depression and other mood disorders to low serotonin. Additionally, as we age, we produce less transmitters and produce more MAO’s.

The potential benefits of the research are significant. If the enzyme, MAO, can be inhibited then it may ensure higher levels of neurotransmitters, which could benefit those that do not have enough. The suggestion that a commonly consumed fruit could potentially help maintain brain health during natural ageing is potentially ground-breaking.

These findings have been published in scientific papers and further research exploring the blackcurrant’s potential role in brain health is expected from the researchers soon.

The BLACKADDER blackcurrant, nicknamed “Neuroberry”, has not been widely available, until now.  However, Barker’s of Geraldine, which has been locally processing and preserving New Zealand fruits for 47 years has been working to bring a healthful juice, containing the new cultivar, to market.

And, today, with support from its local Blackcurrant growers, Barker’s has re-launched its Unsweetened Blackcurrant juice, reformulated to feature 100% New Zealand grown BLACKADDER.

The new juice, which is packed with over 950 squeezed BLACKADDER blackcurrants in every bottle and 3 times the daily requirements of vitamin C per 200 ml serve, can now be found on supermarket shelves throughout the country.

Nutritionist, Sheena Hendon says that health professionals have recognised the nutritional benefits of blackcurrants for a while now.

“It is fantastic that the BLACKADDER variety is available to everyone all year round, in this natural, unsweetened form and at a reasonable price. I will be recommending clients that may benefit healthwise to take the juice regularly.”

Michael Barker, says Barker’s of Geraldine is proud to continue working with NZ scientists and blackcurrant growers to support the health and wellness of Kiwis.

“Since the research was published there has been a lot of interest so we have responded by making a squeezed Blackadder juice available. It is important to note we are not claiming that consuming 140mls of Barker’s Blackadder Blackcurrant Juice daily will deliver the brain benefits observed in the research, because our Blackadder Juice has not been clinically tested. But I think there is much to gain and little to lose so I have started a daily dose regime in the hope that my brain will stay healthy while I am getting older.  But I stress the key word at this stage is hope…..we look forward to hearing the experiences of other people who try it, please email us at fruit@barkers.co.nz ,” says Mr Barker.

The juice may be diluted to taste and consumed as a hot or cold beverage, or taken undiluted as a 70 ml shot twice a day. Also try in smoothies or as a topping for yoghurt or porridge.

Try the “Neuroberry” smoothie recipe – a great breakfast addition or a snack at any time of the day.