Could you have SIBO and what’s it got to do with IBS, Candida, or food intolerances? 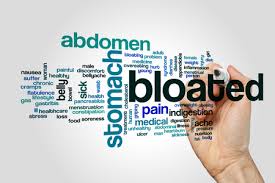 Have you tried taking yourself off gluten, dairy, nuts, carbohydrates, cucumber…in fact just about all foods because you can’t get to the bottom of your gut problems? I have seen plenty of patients who have tried to get to the cause of the problem of their supposed Irritable Bowel syndrome (IBS), bloating, constipation, diarrhoea, flatulence and more and in the process, their diet has become more and more limited and the symptoms have hardly improved. That’s because Small Intestinal Bacterial Overgrowth (SIBO) may be the cause of all these issues. If you want to find out if SIBO is at the root of your digestive problems then read on. 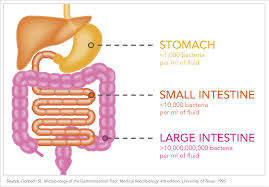 So what is SIBO?

Small Intestine Bacterial Overgrowth is an accumulation of bacteria in the small intestine (SI).  The overgrowth is of bacteria that normally live in the gastrointestinal tract but have abnormally overgrown in a location not meant for so many bacteria.

What are the symptoms?

The main symptoms of SIBO are those of Irritable Bowel Syndrome (IBS).  SIBO has been shown to exist in up to 84% of IBS patients and is therefore thought to be the underlying cause.  SIBO is also associated with many other disorders, as an underlying cause or as an aftereffect of the pre-existing disease.

If the symptoms of IBS are present, or one of the associated diseases along with digestive symptoms is present, consider SIBO. But as you will see in the list below the symptoms and conditions associated with SIBO are extensive!! See https://www.siboinfo.com/associated-diseases.html for an even more extensive list and evidence-based research. 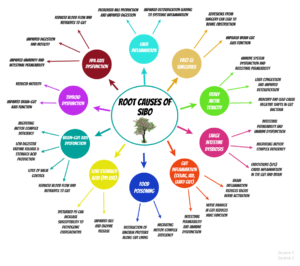 SIBO and IBS are similar…or not?

The indications of SIBO mirror the symptoms of other gastrointestinal disorders, including IBS. According to a study published in the World Journal of Gastroenterology, there’s a good reason for the similar symptoms — there’s a definite association between IBS and SIBO. Researchers suggest that physicians give consideration of excluding SIBO before giving a definitive diagnosis of IBS.

Causes and Risk Factors of SIBO

There are a number of underlying conditions believed to contribute to small intestine bacterial overgrowth. These include ageing, dysmotility (when muscles in the digestive system don’t work properly), chronic pancreatitis, diabetes, diverticulosis, a structural defect in the small intestine, injury, fistula, intestinal lymphoma and scleroderma. The use of certain medications, including immunosuppressant medications, proton pump inhibitors (such as Omeprazole), immune system disorders, recent abdominal surgery and coeliac disease are also associated with an increased risk for developing SIBO. Metabolic disorders, including type 2 diabetes that’s not properly controlled, are believed to lead or contribute to certain gastrointestinal disorders. In fact, a study published in Diabetes & Metabolism indicates that SIBO was present in 43 percent of diabetics with chronic diabetes.

SIBO, left untreated, can cause potentially serious health complications. It’s vital to get rid of the bacterial overgrowth as soon as possible. Bacteria overgrowth in the small intestine can lead to malnutrition, one of the biggest concerns with SIBO. Essential nutrients, protein, carbohydrates and fats aren’t properly absorbed, causing deficiencies, including iron vitamin B12, A, D, E and K, which can lead to symptoms, including weakness, fatigue, confusion and damage to the central nervous symptom.

According to Harvard Medical School, the symptoms of vitamin B12 deficiency can appear gradually — or very rapidly. Symptoms may include numbness or tingling in extremities, anaemia, jaundice, a decline in cognitive function, memory loss, fatigue, weakness, and even paranoia or hallucinations.

How can you test for SIBO? 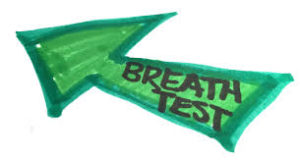 To diagnose SIBO, we use a hydrogen breath test to measure the amount of gas produced by the bacteria in the small intestine. The test measures the amount of hydrogen and methane in your body. This works because the only way the human body produces these gases is through the output of bacteria.

A solution containing one of the following sugars is used to complete the breath test:

First, the patient participates in a special diet a day before the test. Then the patient drinks a solution containing one of the sugars listed above, which feeds the bacteria. The breath test measures how much hydrogen and methane has been produced by the bacteria as a result. These results allow your health care professional to determine if you are experiencing SIBO.

What about treatment (naturally)? 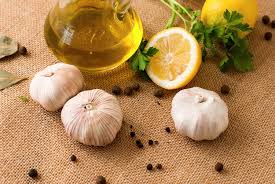 So how do you treat SIBO and SIBO symptoms? First, it’s important to identify if there’s an underlying cause. The next step is to start reversing the nutritional deficiencies. A healthy diet, nutritional supplements and lifestyle changes are necessary to get the body back in balance.

Our aim with our treatment protocol is to treat both the cause and symptoms and may include;

SIBO is most often treated with antibiotics such as rifaximin (brand name Xifaxan). This helps reduce the problem bacteria but also kills off the healthy bacteria necessary for proper digestive functioning. For some patients with SIBO caused by blind loop syndrome, long-term antibiotic courses may be required. Even with antibiotics, SIBO is difficult to treat. In fact, a study published in the American Journal of Gastroenterology, researchers concluded SIBO patients treated with antibiotics have a high recurrence rate and that gastrointestinal symptoms increased during the recurrences.

The good news is that researchers have found that herbal remedies are as effective as three courses of antibiotic therapy in patients who don’t respond well to rifaximin.

Contact Sheena Hendon health for SIBO testing or a consultation to find out if you have SIBO.

SIBO (2018). About Sibo. Retrieved from https://www.siboinfo.com/overview1.html